“Performing with a combination of soulful expression, focused intent, integrity, and artistic depth, Gouchie embraces and holds audiences while imparting messages and truths in songs that need to be heard. Kym Gouchie is a force.”

“While (Kym) seems to have mastered humility, the combination of her rich voice and thoughtful lyrics still carries a powerful impact for her audience.”

“As host of EllenWood House Concerts' last show (Feb 2020) before the pandemic changed our social and cultural life for the time being, I had the great pleasure of singing along with my Re:Sister sisters with Kym. This was an honour and a gift! With the voice of a powerful angel, Kym tells naked and gentle stories of sorrow and joy: she invites her audience to a place we all feel is home - our shared humanity. Her open-hearted warmth in sharing these experiences has the effect of building a community of justice-loving people. Thank you, Kym for your truth-seeking!”

“One is always lucky to hear Kym Gouchie perform, but to be part of an intimate house concert was magical. Her voice is both strong and tender while her songwriting tells stories that are intimate, personal and powerful. Kym is so generous and open, inviting us to share her life's trials, triumphs and hope. By the end of this evening with Kym, we all felt a powerful connection with her, and each other.”

With ancestral roots in the Lheidli T’enneh, Cree and Secwépemc Nations, Kym Gouchie is fostering change through her music and art. Her music and storytelling bring awareness to First Nations and women’s issues, promoting reconciliation and community building while reminding us that we are all in this together. Her stories are a testament to the human spirit, weaving together threads of her own journey from personal tragedy to triumph.

Kym’s traditional hand drum, acoustic guitar, full-bodied voice and authentic storytelling make her a powerful force. She performs solo and creates various formations, bringing in amazing collaborators on vocal harmonies, cello, keys, mandolin, banjo and electric guitar. Indigenous-folk, and country tones alongside poignant and inspirational lyrics capture the hearts of young and old — her eloquent performances have a lasting impact on her audience, instilling a message and always uplifting. Throughout the pandemic, Kym has been called upon by organizations around the world to offer Indigenous insight that act as a healing bridge, connecting hearts and minds for positive growth.

A respected elder-in-training of the Lheidli T’enneh Nation, also known as Prince George, BC, Kym speaks and performs at schools, conferences, traditional welcoming ceremonies, and cultural gatherings around the world.

Kym Gouchie stories are woven together with threads of personal journeys which have taken her from personal tragedy to triumph and a testament to the human spirit.

An artist with a social conscience, Kym has become a favorite among the music festival circuit with her debut album ‘Mountain of Youth’ (2014 release at Ellis Avenue Analog Studio) which is emboldened with poignant, uplifting and inspirational lyrics. Her resonating tones of traditional first nations, folk, and country has captured the hearts from young to old and all walks of life.

In November 2019 Kym was the recipient of a Stingray Rising Star Award at the Mundial Montreal World Music Conference where she was a showcase artist. As a result of the stellar performance in front of about a room full of world music delegates and fellow musicians, Kym was invited to speak and showcase at the International Indigenous Music Summit in New Orleans, Louisiana January 22-26, 2020.

In August 2015, her single 'Sister Rain' reached #1 on the NCIFM National Aboriginal Top 40 Music Countdown and 'For The People' was selected to be included on the Truth & Reconciliation Compilation CD which was created to educate people about the Canadian Residential School experience.

Since the release of her full length album, ‘Northern Shining Star Woman’ in February 2017, Kym has been performing at Festivals, House Concerts, Schools, and Cultural Gatherings all over the country. In 2015 she became a member of the Khast'an Drummers in Prince George and is a sought after performer for Traditional Welcoming Ceremonies, School presentations and Cultural Gatherings. Kym also works with the Red Dress Campaign Society in Prince George and has composed the song ‘Cleansing the Highway’ which pays tribute to the murdered and missing women and girls along the Highway of Tears. This powerful song was a collaboration recorded in Toronto with the Dixon Hall Music School & in Prince George at the CFUR Radio Studio and became the final track on her latest album Northern Shining Star Woman.

In March 2018, Kym was featured at the 'FOR THE PEOPLE' concert in her hometown at the Prince George Playhouse. Joined by her former band Northern Sky she shared stories and songs to a full house which was in spirit and recognition of reconciliation and nation building. The concert also featured former band mate Salt Water Hank and her long time family friend, Marcel Gagnon. The concert was captured on film by 6ix Sigma Productions and was also mixed as a live album at Pulp City Records. The 'FOR THE PEOPLE' Live Concert video and CD will be available online in the Summer of 2019.

In the fall of 2019, Caron Maria Records released a 2 song Limited Edition 45 RPM Vinyl Record titled 'Sister Rain' which is hand cut at the Ellis Avenue Analog Studio in Summerland BC by Thurein Myint who also produced 'Mountain of Youth' and 'Northern Shining Star Woman'.

An inspirational mother of four and Grandmother of ten, Kym is also a respected Elder of the Lheidli T’enneh and an advocate and cultural liaison for many organizations and boards such as The Prince George Folkfest Society, Central BC Railways and Forestry Museum, Everyone At the Table, The Ancient Forest Working Group, BC Touring Council, The Prince George Public Library, and the Land, Health and Healing Series.

Kym is currently writing a one-woman play and has spent week-long playwright retreats in Wells at the Sunset Theatre as part of the Exploration Series. Her play ‘Her Blood Runs Through My Braids’ is an expose honouring her four Grandmothers and how their lives have taught and inspired her. The play is still in the development stages.

Kym was raised among musicians. Inspired by her eclectic background and draws on the sometimes harsh realities of searching for her own identity as an Indigenous woman who was no stranger to adversity.  Yet somehow her experiences are translated into lyrics that elevate our hearts.

A warrior of the light, Kym’s inspirational music lifts the soul beyond its fettered state along the quest of creating a better world with compassion, understanding and forgiveness, reminding us that we are all in this together. 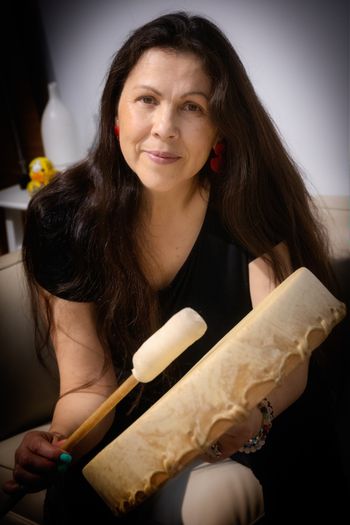 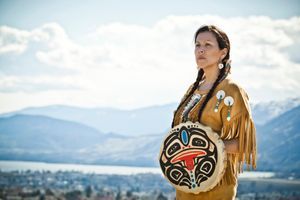 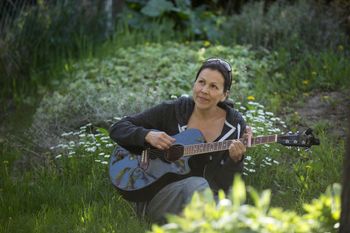 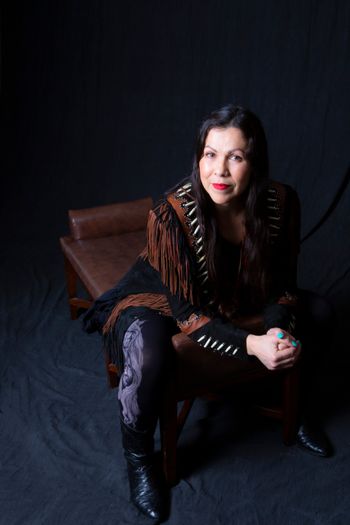 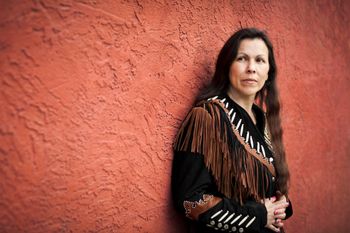 2020- Showcased at the International Indigenous Music Summit in New Orleans

2018- Recorded Live Concert "For the People"